Everyone is always asking for more time…

What in the world is that all about?

I don’t want more time… I want more discipline! I want the courage to say No! more often! I want to be able to power on my computer and just start writing without feeling the irresistable pull of facebook or gmail tugging at my sleeve!

No! I don’t want more time… Not until I’m sure I’m making the best use of the time I’ve got now!

Sure, I’d love to be more productive… Who wouldn’t? Wouldn’t you?

OK, so there are a few individuals we all know who laugh at the rest of us as we scurry around with that permanent look of constipated intensity etched into our collective portrait, people who don’t give a damn about productivity: yours or their own. And, while they are laughing at us we’re probably racing around feeling sorry for them, bathing in a false sense of moral superiority.

The question is: Who is right and who is wrong… 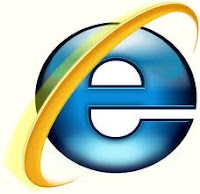 I want the willpower to ignore Internet Explorer, Google Chrome, Mozilla Firefox, Yahoo and the four thousand, eight hundred and thirty two other browsers that are clawing for my attention every second of every minute of every day. I want to silence the constant noise!
I don’t want to connect with someone half-way around the world on the Internet: not, when I can connect with another human being in the same room! 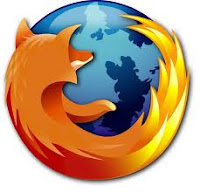 I don’t want to watch someone else exercise either! I want to get up from my desk and move around a little myself!
I don’t want to watch someone on television. I don’t want to watch the story unfold on the the screen. I don’t want someone to tell it for me or to me. I want to experience it for myself. I want to experience it myself!
I don’t want more time until I know I can and will make the best use of the time I have and quite frankly, I’m pretty sure I’m not there yet!
Do you know how I know that? If you don’t I’ll tell you. I know I’m not there yet because every time I make a list of the “To Do’s” I need to get done there is always one thing conspicuously absent from the list and that is the “To Do’s” I need to do for me.
I’m not whining… I’m not crying the blues… I’m not bemoaning the fact I’ve dealt myself out of this equation. And, no, I’m not afraid of being considered selfish. I’d just like to get better at the art of living: living a full and satisfying life that recognizes that it’s alright to find yourself penciled in on your own “To Do” list. That being selfish doesn’t have anything to do with being on that list: Being selfish has everything to do with being the only thing thing on the list!
No… More time isn’t the answer. Everyone’s got the same amount of time: the same number of seconds, hours and days they are allotted. More living and more life in the time we all have is the answer!
So, until we have the wisdom to ask better questions and make more intelligent decisions, I think I’ll just have to satisfy myself with the time I have… the time we all have. I’ll just have to muddle through and make the best of it.
And, if someone stops me to ask if I have the time, I’ll smile and rejoice in the hidden knowledge that there is a lot more to that question than a wristwatch, cell phone or a clock will ever tell you.
Category: UncategorizedMay 11, 2012
Share this post
TweetShare on Twitter Share on FacebookShare on Facebook Pin itShare on Pinterest Share on LinkedInShare on LinkedIn