The time for questions and answers seems somehow much more appropriate as one year crawls to an end and a new year is about to begin.

The new year brings with it promise and possibility. The year passed, a time for reflection. Both require a fair amount of emotional capital to process. There are tools and tricks that lend themselves well to this kind of exercise. Questions and answers that can help make sense of the year that was, as well as help us to understand the one that is yet to be. That having been said, neither absolves you of having to do the work!

I’m not sure any twelve-month period fits comfortably into the cookie jars we’ve used in the past to compartmentalize time and achievement. Some would suggest that this year is different. That too much has happened too quickly. Others might insist we haven’t traveled near far enough. Either way, it’s safe to say that everything we’ve been through over the past twelve months would leave too many of us scratching our collective heads wondering what just happened.

Regardless, any movement—forward or back—requires consideration. An evaluation of where we’ve been and where we have yet to go. A failure to make that kind of commitment—the kind required for substantive growth—can have only one result. Failure.

I’ve discovered a number of ways we can practice the kind of self-examination necessary to make sense of it all. Each involves etymology: the study of words and their origins. The reason for this is simple. We think in pictures and use words to create the images of that which we are trying so hard to share. Turning it all into a game that uses words—questions and answers, specifically—doesn’t hurt. In fact, quite the opposite, it can help the entire process move forward simply by adding an element of fun to the work that needs to be done.

Here’s one way it can work. There is a blogger I follow, Chris Brogan, who starts each new year by choosing three words to share with his followers. 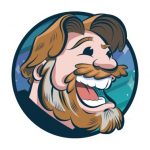 Just three. He uses those three words as both a compass and a guide to help him stay on track for the coming year. 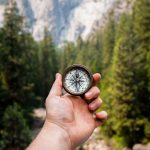 It doesn’t matter what those three words are. At least, not to anyone but you. That is, so long as they help keep you and your team moving forward.

And that’s the point. It’s easy to move off track when you are constantly being bombarded with the distractions that constitute a normal life. That is if you consider life as a business owner anything but normal! Your three words—each in its own way—are meant to draw you back to your original goals and objectives for the year that is about to unfold around you.

This works. At least, it does most of the time. Why? Because it is elegant in its simplicity. Each word acts as a Reset Button. And while it may force you to abandon any effort that you have invested moving in the wrong direction, you have to ask, “What’s wrong with that?”

After all, leading the field in a race to the wrong destination isn’t much of a victory!

So, with all the words in our lexicon at your disposal, what would your three words for 2021 be? What three words would you choose to keep you and your team on track for the coming year?

The second game—and we’ll be looking more at the concept of games in the execution of our businesses in another post later on this year—is the game of What if? And, of course, What if not? It is the natural extension of another game. A third game. The game of, Why? Why here? And Why now?

Let’s take a look at these as both stand-alone’s and in conjunction with the concept of your three words.

What if? is the ultimate little kid’s game and demands a bit of imagination. It starts with a hypothesis and requires the suspension of reality. An exploration of consequences—seen and unseen: known and unknown.

What if we did so-and-so? What would most likely occur? What’s the worst thing that could happen? Can we know it? Can we see it? And what if we’re wrong? What happens then?

In many ways, asking What if not? is a better question and even more interesting. Why? Because the choice to do nothing is still a choice. A choice complete with its own set of consequences, both known and unknown. Seen and unforeseen. Inaction is as much of an action as charging off into the abyss! Fraught with as much danger and consequence as any other choice. You see, despite your paralysis—your failure to move or act—does not influence the world around you. That world is set perpetually in motion.

There is a final game I think is most appropriate as the new year creeps its way into our collective reality. Another game of Why? It’s a game I’ve been playing both alone and with our kids for as long as I can remember. It demands an answer to a few simple yet critically important questions. Questions like, why are you doing whatever it is you are about to do? Do you have a reason and if you do, are you sure you understand what that reason is?

That’s followed by another critical question. Why now? Why does whatever it is you are about to do have to be done right now? What is the immediacy? The urgency, that drives its completion at the exclusion of everything else you’re involved in.

There you have it. Three exercises in clarity that are designed to help you achieve success in 2021 and beyond. Three games that can help you and your team achieve your collective goals and objectives for the New Year. Games that can certainly make a difference…

That is if you will only play!