Standing at the kitchen counter at 2:45 in the morning, staring out the window at the rain with a glass of water in your hand isn’t exactly the kind of place you would think a flood of positive emotions about our industry would wash over you. I certainly didn’t think it would happen to me, at least not there and not then. 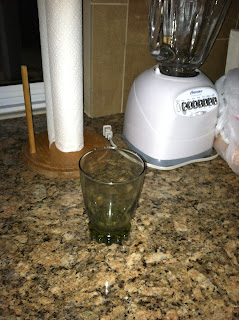 But, it did and for whatever its worth, there wasn’t much I could do about it…
Now, at 2:45 A.M., most people would let those positive and powerful emotions wash right over them and then go back to bed. In fact, I’ll bet most people might even have lied to their significant other about why they were up, what they were doing and what they were thinking, but I didn’t…
Lesley asked why I was up and I told her. I told her I was thinking about “the industry:” our code for what you and I do, and how it had been very good to me… very good to us.
Fortunately, she was so tired she just grunted and went back to sleep, but not before she mumbled, “That’s good, because you’ve been very good to the industry.”
I wasn’t that lucky. I had to analyze why there was an instant replay of a lifetime committed to the motoring public, our customers and this industry running in my head and why I was convinced I’d gotten so much more from the commitment I’d made to my craft all those years ago, than I’d given. After all, it hasn’t all been fun and games!
You can come up with some strange explanations for all kinds of “stuff” at 3:00 A.M. while you’re watching the numbers on your digital clock change minute by minute. “Stuff” you might never have even considered during the day… Like all the incredible relationships you were privileged to experience: the wonderful people who enriched your life in more ways than you could ever articulate or explain. 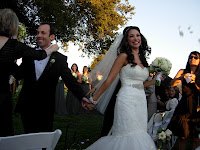 You think about all you’ve learned: invaluable life-lessons that may not have fully registered when “class” was in session because you were too deeply involved in them to recognize everything you were absorbing.
If you were me staring out the window at 3:15, you were thinking about how your future father-in-law was so concerned about your ability to support his daughter: your wife of what has now been forty-two years, he felt compelled to warn her not to hang out with you because all you did was “pump gas and work on cars…” And, the fact that “pumping gas” and “fixing cars” has paid for a pretty good life so far: a house, more than a couple of nice cars over the years – cars that always ran and ran well, two great kids, two four-year college degrees, some really incredible vacations, a big chunk of one wedding ten months ago… and, just about a week ago, a bigger chunk of another. 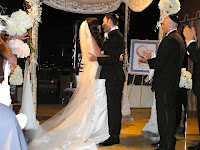 You think about the fact that after more than forty-six years, it isn’t over yet. And, perhaps, more important, the fact that you’re still excited about getting up every morning and going to work every day!
Maybe, not in two-and-a-half hours… But, most days, anyway!
How many people do you know who can say they feel the same way about what they do… And, mean it?
I guess it’s true, you do think about a lot of strange “stuff” in the middle of the night and not all of it is likely to make you smile or feel good about yourself. I was lucky this time: lucky to find myself thinking about why I decided to keep working with my father when I had more than a couple of chances to leave, lucky to understand how and why I was drawn to the same challenges and satisfaction that motivated him and lucky to realize just how privileged I am to be able to share it all with you.
Perhaps, more important, I was lucky enough to fall back to sleep before the sun finally did come up. And, even though I only slept for a couple of hours, I was lucky enough to sleep soundly and to sleep well: lucky enough to realize that when it comes to this industry, it would be safe to say that we just might have been good for each other.
Category: UncategorizedMay 9, 2012
Share this post
TweetShare on Twitter Share on FacebookShare on Facebook Pin itShare on Pinterest Share on LinkedInShare on LinkedIn