Out Of The Box…

My father would talk about a lot of things when I was ‘little’ and rode with him to work. The drive from the South Shore of Long Island to Bensonhurst was formidable enough at five-thirty or six o’clock in the morning, but it was downright brutal heading home regardless of the day or time.

It didn’t matter which route you chose either: whether you found yourself sitting in traffic on the Belt Parkway or “parked” on the Long Island Expressway – the ride was one part long: two parts boring. Either way, the radio would eventually be switched off and the first or second long silence would be broken by an equally long period of conversation.

One of my Father’s favorite topics was ‘packaging.’ 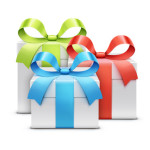 I know, it sounded strange to me too at first. But, that didn’t stop him. We would talk about how the packaging was too often a distraction: how an incredibly beautiful package, complete with gift-wrapping and a big bow, might be empty or contain junk, while a plain brown cardboard box might conceal a hidden treasure inside. 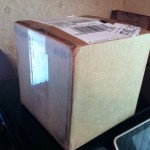 Looking back, I believe he was trying to teach me that what’s inside the package is what’s important and that anything else is either decoration or a distraction.

We’ve got a problem with ‘packaging’ in our industry and I’m not sure what, if anything, can be done about it. An argument can be made that we shouldn’t have to do anything about it, but I’m not sure how realistic that kind of an answer really is.

You see we have always been a safe haven for outliers and eccentrics, outlaws and non-conformists: the lunatic fringe abandoned by conventional education because we failed to accommodate ourselves to their perception of ‘normal.’

Consequently, it isn’t all that difficult to find a pierced and/or sleeved ASE certified Master Tech (Or, two…) successfully working their way through the industry. It isn’t that hard to find brilliant technicians whose social skills are less than ‘elegant’ or whose ability to interact with members of the ‘greater society’ is as rough as their ‘packaging’ might imply.

The problem is obvious. Because, we depend upon the patronage of ‘the more polite elements’ of our society for our livelihood, it behooves all of us to demonstrate our professionalism in every way we can and that includes appearance, communication skills, demeanor and technical ability. That doesn’t mean we have to hide who we are. But, it does mean we have to overcome the public perception many of us are still held captive by: especially, when there are those of us who still revel in the impact their appearance or demeanor may have on those who would be shocked by it!

Unfortunately, the sad truth is not everyone understands packaging the way my father did. Not everyone sees the difference between content and decoration as clearly, either. And, that means elevating the industry is a shared responsibility: a journey we must all take together. 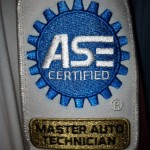 I think it starts with an understanding of what it means to be a professional: what the perception is, what the expectations are. Then, we need to deliver on the promises implied by the title. We need to understand that no one will ever know who we are, how good we are at what we do or the contribution we make to the culture we serve unless or until we have the opportunity to demonstrate any of the above.

That’s right, no one will care about the content – the quality of the product – unless the package it comes in is considered attractive or desirable enough to open.

In a way, I guess that means we all have to think out of the box in order to have anyone even consider what’s inside that box… No matter how exceptional that hidden treasure might be.