I was sitting at my desk lamenting the fact I haven’t been able to write in weeks: analyzing the interruptions, cataloguing the distractions. I’m sure I looked pathetic to anyone peering into the office, having fallen prey to a a host of demons who refused to be cast out upon the blank page staring back at me.

Well, excuses are like bellybuttons… with everybody having at least one. The problem was I had more than my share and all of them were legitimate: challenges at the shop, an industry Summit in Las Vegas, preparing to sponsor a community event and the ever-present “To Do” list growing ever larger every day.

I needed to get something going. But, I was stuck. Paralyzed! So, I did what most people do when frustration becomes unbearable anxiety… I opened my inbox and started wading through my emails. 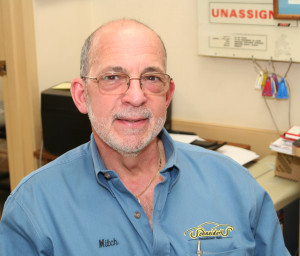 There’s something therapeutic about deleting emails. It may be a little like eating Chinese food where you eat something only to find yourself hungry again a half hour later. But, deleting emails actually feels like you’re accomplishing something even if it’s an illusion: even knowing there will be just as many to delete tomorrow!

I was in “The Zone,” ripping through email after countless email trying to sell me something or get me to buy something or just trying to prevent me from doing something meaningful when I literally had to knock my finger off the ‘delete’ key before it was too late. It was an email from an old friend. One of the very first people I met in L.A. when we moved here from New York what feels like a million years ago.

His nickname was “Animal,” which pretty much says it all… especially, when you realize Sesame Street and the Muppets hadn’t aired yet. He introduced me to the third Musketeer; or, maybe it was the other way around… I’m not sure any more. But, I am sure the three of us we were inseparable for our last two years of High School. 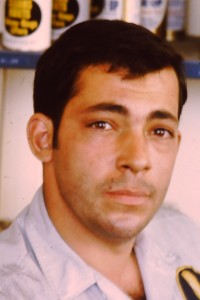 Dave had evidently stumbled across some old pictures: some really old pictures of the three of us just after graduation and had attached them to the email I almost deleted, alongside a mug shot of each of us and the way we look today.

There are truckloads of clichés to describe the impact of an email like that, an email that forces you back in time and then drops you mercilessly into the present. There are countless ways to convey what it’s like to confront those three strangers: what it’s like to find them staring at you with a younger man’s eyes.

It’s especially difficult when Los Angeles was the last place on earth you wanted to be the summer of your sixteenth birthday: when you remember just how angry, miserable and unhappy you were and how hard you tried to ensure everyone around you had a chance to react to those same emotions.

I’ve told almost everyone I know how much I hated everything about L.A. for the first four or five years I was here. And, yet, I couldn’t stop smiling: smiling so hard my face hurt!

Could it have been that bad? Sure felt that way while I was stumbling through it…

And, yet, I was smiling… I’m still smiling!

I’m smiling because all I can think of is how much fun we had and how much trouble we got into: cruising Sunset Blvd, fighting side-by-side, evading L.A.’s finest while they chased us through Park La Brea, driving to Palm Springs for coffee and then home again – the same night, street racing and John-John telling the cop standing at his window –  ticket book open – that he’d like a hamburger, fries and a coke (Yes, someone really did that before it found its way into the movies!)!

All I could think of was how these two guys were always there and always there for me. That, and how important the kind of unconditional friendship outlaws and outcasts seem to have in High School was to someone feeling as isolated, alone and vulnerable as I did then.

They kept me sane and safe… Well, sane, anyway. And, I’d like to think I helped do the same for them.

So, thank you, Animal. Thanks for a trip back in time, however brief. Thanks for the memories and thanks for your unconditional friendship when we were kids. You never will know just how much it meant or how important it was.

And, John-John, I’ll stand back-to-back with you anywhere and at any time… I’ll even ride along the next time you want to play “Paper Thin,” and that’s saying a lot.

I’m not sure you can look ahead at life through a younger man’s eyes, but you can certainly look back into those eyes and see the seeds of who you are and how you got here. That, and the reflection of two great friends looking back at me…