Sunday in the Park… With Whom?

Every so often… Actually, more like two or three times a year, my wife gets an uncontrollable urge to visit the Descanso Gardens in La Canada/Flintridgem, just off the 210 Freeway. 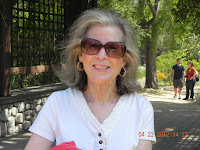 If you’re from this part of Southern California you are probably already familiar with the Gardens. If you aren’t, you should be. 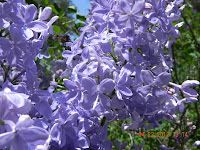 If you aren’t from Southern California, it’s probably someplace you should visit if you ever find yourself out this way and you have the time. Once the private estate of a wealthy businessman, it’s a magical place now open to the public.

I say it’s magical for a number of reasons, not the least of which is that it is one of the few places my wife can drag me where the show of resistance is pretty much just that… a show. The Gardens sprawl over acres and acres of what was at one time California chaparral and as much of a forest as you will ever find out here. 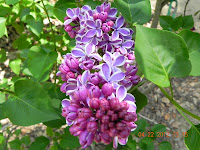 Now, there are formal gardens  everywhere: Roses, Irises , Chrysanthemums, Lilacs… Koi Ponds, a formal Japanese Garden, a new gallery, just about the only Gift Shop I will ever enter willingly, and much more.

It’s magical for another reason and that is, if the gardeners and horticulturists at Descanso can’t find a way to make it grow, no one else will and you aren’t likely to find it anywhere else! 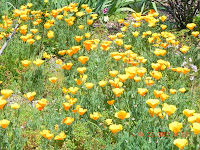 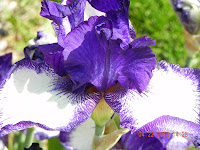 It doesn’t matter how incredible someone’s mansion might be, either. And, this one is really quite amazing – the fact of the matter is, you can only wander through a house like that so many times before you’ve seen just about everything there is to see. So, that isn’t what allows Lesley to “win” every time she decides to drag me down the Freeway to commune with nature for an afternoon. 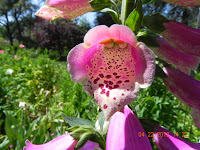 It isn’t the Snack Shop, even thought it’s run by one of L.A.’s better restaurant groups. It’s the fact my blood pressure drops more than a dozen points the minute I clear the driveway. It’s the families you find yourself surrounded by, speaking more languages than you can recognize, enjoying the same fresh air, the same delicate beauty, the same quiet peace. It’s the little kids chasing butterflies or reaching out to touch a flower or looking down into a pond to stare at a giant Carp staring right back at them. 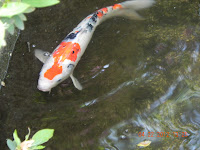 Today, was Earth Day and the Gardens were celebrating – something I wasn’t even aware of when we left the house. There was entertainment all afternoon, along with a barbeque. The band was fun and the constant flow of music: music that never stopped all the time we were there, ranged from Country, to Folk-Rock, to Country-Rock, to Blue Grass, to Classic Rock, and then some.

The sun was shinning. The weather was good. The breeze was light. The sun was out. The Gardens were magnificent. And, the shop with all it’s challenges and mysteries disappeared from my thoughts, if only for an afternoon. 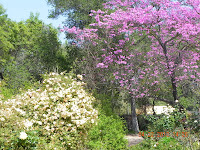 It was the music and the grounds, the flowers and the people, and Lesley and me holding hands and walking the trails. It was peaceful and quiet and introspective and spiritual: all the things the work week generally isn’t!

It was one of those rare experiences where the sum of the parts really was greater than the whole: where a few hours at Descanso actually equalled more than an entire weekend of ‘time off.’

Sure, it was a Sunday in the park with Lesley… And, with everyone else who might have been there. But, even with all the help of an army of groundskeepers, gardeners and horticulturists, it was more. It was an afternoon in the park with something greater, something that could actually force you to stop the rushing and the racing around long enough to admit that there is something special at work all around us all the time, and whatever you choose to call it: whether you call that something special God or Nature or whatever else you can think of, whatever it is, it’s pretty spectacular! 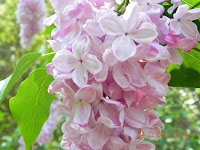 And, if that doesn’t do it… call me in the morning.