I’ll Have a Pittsburgh Cheese Steak & an Iron City Beer… 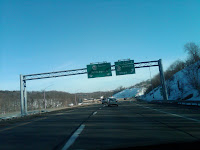 The six o’clock flight home isn’t the bad part… It’s the traveling in general, the airports and the traffic (Yes! There IStraffic on the 405… even at three-thirty in the morning!). It’s the rush hour traffic you fly into regardless of where you go, especially if where you go is due East and the two or three hours you add to your trip almost certainly ensures you’ll be stopping more than going in the stop-and-go traffic you are certain to encounter. It’s eating alone and being ‘up’ and ready for an eight-thirty keynote followed by a three-hour seminar four hours later. Did I mention the eating alone? And, it’s changing planes or worse yet terminals in Chicago or Dallas. 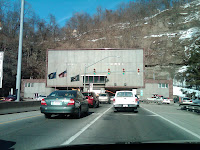 The only thing that can make any of it worthwhile: the leaving your home and your life and your business, are the people you meet and the natural beauty that you find yourself immersed in regardless of where you go so long as you allow that beauty to wash over you. That, and the intrinsic beauty of the people you meet every time you venture out into the world and the impact each of them can have on you… if you let them touch your life… And, especially if they allow you to touch theirs.
I left the shop for an association meeting and trade show in Pittsburgh this past Friday. Truth be told, I didn’t want to.

Well, it wasn’t the meeting or the city or even the fact that it’s still winter there. Or, the fact they’ve had more snow than anyone should ever have to deal with. There was just too much going on here: too much going on at the shop, and I was having too much fun doing it to want to go anywhere. But, they asked and I accepted.

So, I got up at three o’clock Friday morning and was on the road by three-thirty. I went over my notes for Saturday’s keynote in the air. I went over the slides for the seminar I was presenting later on that afternoon. I thought about the internal struggle I am currently confronting as I try to figure out how to break up my marketing budget: how much for acquisition, how much for retention and how much for loyalty and reward. And, then I started to think about how fortunate I am: how privileged. 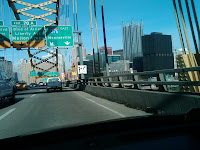 I was asked… I was asked to share my experience, my knowledge, my life, with some of the most incredible people in the world: the folks who do what I do… automotive service professionals, like me.

They wanted to hear what I had to say. They were gracious and generous and attentive: grateful that I’d come so far to be with them. But, the real truth  is I’m the one who was really grateful. You see, I’ve yet to go anywhere and speak to any group where I didn’t come home enriched by the experience. So, if it sounds like I was whining about the opportunity to get up that early, I’m not. Not, really… I love what I do and I love the people I do it for. In fact, it’s pretty much what I’ve got written down on the little piece of paper I keep in my wallet: 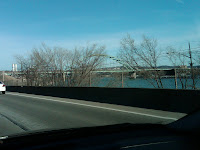 To enrich the lives of those I serve, moving them toward the success that is so elusive in our industry, by sharing my personal knowledge and experience.


In the end, Pittsburgh was wonderful because the people were wonderful (The food wasn’t half-bad either! Especially, that Iron City cheese steak with the coleslaw and French fries built in washed down with some Iron City beer!).