It’s New Year’s Day, 2018 and I’m not gonna lie… I’m pretty happy about makin’ it through another full cycle of the Gregorian Calendar!

I slept in this morning. 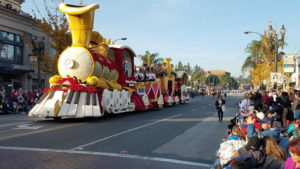 And, No! The weather is NOT always what you witnessed on television if you were watching the Parade with me this morning!

It gets cold… And, it does rain!

OK… It doesn’t rain as often or as much! Nor, does it get as cold as it probably gets where you are! But, still – for those of us who have been here for a while and become acclimated: it’s cold for us!

Aside from that, it’s insanely expensive to live here! And, despite what you’ve heard, we do have four seasons, just like everybody else – they’re just different!

You have Winter, Spring, Summer and Fall…

We have Fire, Flood, Earthquake and Mudslides! Something to think about before you call a realtor tomorrow after you’ve finished shoveling your way out of the house…

We had breakfast. And, I read as much of the paper as I was able to. Most of it was a reprise of the previous twelve months, and most of that was too damned depressing to revisit having already lived through it once!

Then, I visited my Inbox and deleted more than ninety-percent of the emails that were waiting for me there.

Most of what remained was focused on the New Year’s Resolutions you either should or should not make for the coming year.

Like most everything else: these emails provided an endless supply of mostly meaningless content. Uninvited content, spilling into your life like the overflow of an unattended bathtub: A tidal wave of bubbles, soap and water, that can leave you sitting on the floor, soaking wet and gasping for air!

It isn’t that I’m immune to the fact a new year begins again this morning, and with it a universe of new opportunities. In all honesty, I’m as excited about this an anyone else. I just don’t see it in the same way!

I see my life as a continuum: a continuing thread of events, challenges and opportunities that doesn’t artificially come to a screeching halt on December 31st.  And, then, slowly, begins its battle to overcome the Inertia of Rest again, at 12:01 AM, on January 1st!

For me, every day brings with it the Challenge of Choice: What to do, when to do it and, when to have it finished by.

Every day is a battle between Intent and the Inertia of Rest! Between the desire to accomplish something of consequence and a natural willingness to wait: wait until the time is “right…” Wait until the necessary resources have become available… Wait until the demand is overwhelming… Wait until later this afternoon or maybe even tomorrow.

It isn’t a matter of motivation or discipline either… At least, not for me!

I don’t have a problem with motivation either. In fact, when it comes to motivation, I think I’m pretty much in agreement with what George Carlin had to say on the subject! 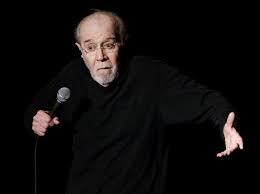 “What happened here? Suddenly everybody needs to be motivated? It’s a fairly simple thing. Either you want to do something or you don’t. What’s the big mystery? Besides, if you’re motivated enough to go the store to buy a motivation book, aren’t you motivated enough to do that (whatever it is you want or need to do) so you don’t need the book?

So, I’m not sure what this Intent, Discipline and Motivation stuff is all about, and why it seems to come bubbling to the surface of our collective consciousness just once every year: pretty much today, and today only.

It seems like we’d all get a lot more accomplished if we just kept working away at our goals and objectives. If we didn’t all agree on some artificial place to stop and review an arbitrary piece of our past efforts.

I think reflection is good. Great, in fact!

I think it’s one of those inherently human characteristics that separates us from the rest of creation.

In fact, I think it’s so important, it shouldn’t be constrained to just once a year!

Now, the question is: What do you think?